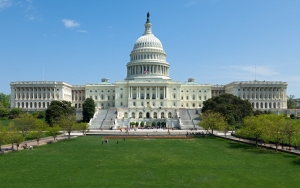 I write this blog on Monday, wondering what the days between now and Thursday will bring. Thursday is the day on which the USA hits its debt ceiling and, unless some as yet unseen solution is found, will default on its loans. This is predicted to pitch the world into yet more financial madness.

One description of this situation that has been used widely is that of a ‘game of chicken’. Those employing that description have included the Indian press, the Singapore press and the Chinese press.

Claudia Gold, my favourite blogger, as well as paediatrician and infant health specialist, also used it in her recent post, talking about her personal feelings of helplessness as the USA “heads toward disaster”, having become “caught in the grips of an irrational game of chicken”.

Another description that has emerged is that of a ‘temper tantrum’. One respondent to Claudia Gold’s blog commented that the Tea Party hardliners were a “scarily tantrumy force the whole world is having to reckon with.” That description has also been employed increasingly often by participants on either side of the debate, such as The Chronicle in regard to the Republican position and by numerous bloggers in regard to Obama’s position. The most striking example of this description is the television advert created by Democratic groups, which features a 2-year-old in the midst of a tantrum, blaming Republican Speaker of the House, Jeff Boehner, for the governmental shutdown (you can view the ad below).

I was taken with the notion that global financial meltdown could arise out of an adult tantrum. Ironically, I had been speaking to this very theme just two weeks ago, when I delivered a public lecture for Howard League Scotland about the dangerous consequences of adult temper tantrums. On that evening, we were thinking about their consequences for prison sentences and prison system management, which had seemed serious enough in itself. Now I find myself thinking about the consequences of grown up tempter tantrums for an entire globe.

In that evening’s lecture (highlights of which can be seen below), which was attended by an astounding crowd of 300 people, I explored the insights that neuroscience has been giving us about why toddlers have tantrums. It is easy for parents to become exasperated and angry with tantruming toddlers, whose out-of-control, apparently over-the-top meltdown has resulted from a situation in which the child can’t get his/her own way. It is easy to see why parents read this as stubborn misbehavior deserving of punishment.

However, the neuroscience is giving us an alternative way to understand this behaviour. We now know that the part of the brain that manages strong emotions, the pre-frontal cortex, is undergoing massive development at 2 years of age. It enables us to understand that toddlers have tantrums because they do not yet have the physiological capacity to cope with strong negative emotions. The fact that you can’t always have what you want is genuinely hard to cope with. Coming face to face with that reality brings a storm of conflicting emotions: frustration, anger, grief, helplessness, disbelief, disappointment, betrayal. You need robust neural and physiological structures to cope with that emotional avalanche, especially when that reality is created by a parent who said they love you! At 2 years of age, you are only beginning to build the physiological and neural structures that will eventually allow you to coping calmly with such a maelstrom.

A fascinating paper was published in 2011 in the journal Emotion, where US researchers (Michael Potegal & James Green) audio-recorded toddlers’ tantrums and analysed the patterns of their crying. They showed that tantrums were comprised as much of sadness as they were anger. The authors’ advice to parents was to help children get past the anger as quickly as possible, because that lets children get to the important point of seeking comfort. The nature of building human brains is that parental assistance is needed if children are to build strong self-regulatory systems. A child cannot build a robust internal system without help and reassurance.

It is therefore crucial that we understand that coping with strong emotions isn’t a matter simply of behaving properly or thinking calmly or even stubbornness. It is a physiological matter. 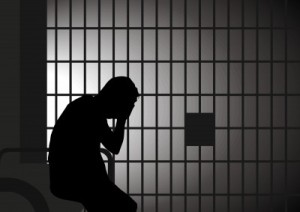 In my Howard League lecture, I asked what would happen if we saw many of the acts that land people in prison as adult temper tantrums – tantrums that occur as a consequence of fragile self-regulatory systems. We had a look at news items on YouTube, where, say, frustration leads customers to become destructive  in public settings such as shopping centres and fast food restaurants.  We looked at exasperated teachers, domestic violence, and even homicide through the same lens.

We asked ourselves: what would happen if we viewed such extreme behaviour as instances in which adults could not cope well with feelings of frustration, anger, helplessness, and disappointment. What would our solutions be if we saw the same physiological processes at play in adult behaviour as we do in toddler behaviour? How would prisons be organized if we saw their purpose as helping prisoners to build strong self-regulatory systems — robust physiology that would enable them to take charge of their actions? When we realise that prisons are full of people who had chaotic childhoods, who did not get assistance in building strong regulatory systems when they were toddlers, then this vision takes on sharper resonance. What would need to happen for us to come to see yoga and meditation as central to prison management as we do punishment?

To those who want to suggest that I have gone soft on criminality, let me ask: are we most focused on apportioning blame or on solving the problem? Because the thing is: the consequences of a grown up meltdown are usually much more serious than the consequences of a toddler meltdown. It is not only the lives of individual tantruming adults that are affected. The rage-meltdown is likely to impact on partners and children, on strangers standing nearby, on family members of victims, on taxpayers who fund a police investigation or a prison sentence. Adults who are unable to manage their own emotions become dangerous and costly for others.

The situation in the US Congress presents us with a stark version of this analysis. If there is indeed any basis to the idea that a temper tantrum is underway, then that means the whole world is likely to be affected because a few powerful people cannot find ways to manage their feelings of frustration and disappointment.

We are all connected. The emotional meltdowns of a few powerful people may soon become the financial meltdown of all of us. We live in dangerous times.