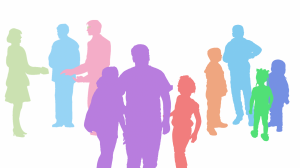 Why is it so hard for our society to recognise the emotional importance of nurture?  Why does the topic of adverse childhood experiences (ACEs) provoke strong debate?  Why is it unusual for politicians to prioritise human relationships in economic planning?  These are questions I ask myself a lot these days. 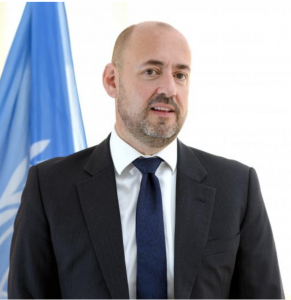 I’m glad many others are asking them too.  One of those is Benjamin Perks.  I want to reflect on his work in this blog, because I think the way he frames his answers can help in making sense of current debates around ACEs.  Those discussions can feel confusing, especially when they start to mesh with political discourse.  This piece is an attempt to untangle some of that confusion.

Benjamin Perks is a leading voice within UNICEF’s global efforts to reduce childhood adversity.  Having grown up within the care system in the UK, Perks now works from UNICEF’s New York office as Head of Campaigns and Advocacy.  He recently featured as one of two guests taking part in a conversation on poverty, hosted by ACE Aware Scotland.  His observations left the 200 international attendees feeling hopeful.

“If we try to build a sense of belonging, and we find commonality across constituencies, we will be able to work towards bringing an end to adversity in the lives of children. This is something we need to work hard toward, but I have a lot of hope.”

Perks argues there are three broad areas of “catastrophic burden” that can occur during childhood, which drive lifelong inequality.  It is possible for children to experience each of these independently or together or, indeed, not at all.  The three areas are:

Perks believes we have become socially conscious of the first two burdens.  Efforts throughout the 19th and 20th centuries have built up an awareness of exclusion and poverty.  These are now regarded as major policy issues that can be addressed through reform and intervention.  We may not have solved these problems yet, but we have legitimised them and developed a vocabulary that lets us talk about their causes and solutions.

That is not the case with emotional poverty.  In the 21st century, we find ourselves at the very beginning of a public consciousness of this ‘catastrophic burden’.  This weight, carried by children, has remained so hidden from our cultural awareness that we didn’t even know it was a thing to be named.

A vocabulary of emotions

One of the reasons we don’t have a richer vocabulary for emotional poverty is because, in Perks’ view, it hasn’t been regarded as necessary.  His experiences growing up in care led him to see how trauma and neglect have been perceived as marginal issues, experienced by only a small proportion of the population. If trauma occurs for merely a minority, why would we all need to talk about it?  Isn’t it sufficient for any ‘language of trauma’ to be limited to professionals within, say, the care and social work systems, since they are the ones charged with concern for such marginalised groups?

In essence, by ‘othering’ trauma, mainstream society has freed itself from the responsibility of figuring out how to talk about it.

The ACEs framework inherently challenges that view.  It crushes any option to ‘other’.  The findings from surveys conducted across multiple countries by the World Health Organisation and other bodies show that, on average, 60% of adults have been affected by at least one serious adverse childhood experience.  What was once considered to be marginal has been mainstreamed.

This shift brings the need for a richer emotional lexicon.  Perks puts it this way in an article written in 2019:

“There is a need for a politics that can talk about love, wellbeing, trauma, violence and hope, [about] the social and emotional drivers of all of our behaviour and decisions”.

That is a challenge for most Western societies.  A politics of love?  What on earth is that?  Encouragingly, contemporary calls for a ‘politics of care’ are taking us in that direction.  The concept of a ‘caring economy’  defines economic prosperity not in terms of material wellbeing or wealth, but in terms of sustainable human wellbeing.  The economist Kate Raworth has become a leading UK voice in this regard, and the feminist theorist Angela O’Hagan has written specifically in relation to Scotland’s potential in a post-COVID world.  She echoes Perks’ thoughts: “A caring economy is not such a far-flung idea…but public policy and public attitudes have not been formulated around a practice of having care as a starting point.”

Perks’ analysis serves as a reminder that a caring economy will require us to grapple with emotions.  This will be a big step.  As he puts it, “The main political discourses in our society don’t do emotional. They only do economic and power.”  The ACEs frame will help with that, because it will not let us look away.  It insists that we pay attention to emotional processes.  It insists that we talk about them.  It insists that we get better at recognising our children’s emotional needs.

Human wellbeing is comprised of social, emotional and material dimensions.  In order for individuals and societies to thrive, we need to address all three.  Recognising one does not detract from the others. This is why I like Perks’ frame.  He helps us see that talking about ACEs does not detract from talking about poverty or exclusion.  They often converge and exacerbate one another.  The commonality between them is that they all drive lifelong inequalities. This should be of interest across the political spectrum.

How, then, does thinking about the most recent of the three – emotional poverty — intersect with political discourses of ‘the right’ and ‘the left’?  Conservatives tend to create economic models that deny the complexities of exclusion, poverty and trauma, arguing that if some individuals with these backgrounds can progress through hard work and determination, then anyone can.  This is the ‘bootstrap model’.  Individuals are expected to pull themselves up by theirs.  The ACEs frame highlights the fallacies of its presumptions.  ACEs insists that you cannot understand human development or behaviour without placing it in context.

Conversely, those to the left of the political spectrum have promoted a social consciousness of exclusion and income poverty.  However, they have tended to frame these issues, in Perks’ view, through a narrative of victimhood and helplessness.  He summarises the consequences of that unhelpful narrative by quoting author and refugee Nimco Ali: “The left wants me to…be consumed by all that has happened to me, to long for all that I have lost and wait to be rescued. But I have always refused to do that.”  When a victim narrative is applied to trauma, it becomes oppressive rather than transformative.

There is an irony in this framing.  At first glance, the left’s progressive nature might seem to dispose it toward challenging emotional poverty.  However, an inclination toward victimhood risks reinforcing, rather than overturning, traditional power hierarchies.  Are ‘the traumatised’ perceived as needing ‘saving’ from their trauma?  Are ‘they’ regarded as needing a champion, or is their voice considered central to designing solutions?  Apprehension about this power dynamic has led some critics to be wary of an ACES frame.  This illustrates one of the ways in which those who class themselves as progressives can unexpectedly find themselves in disagreement with others who are ‘on the same side’.

Many survivors recount their experience of learning about ACEs as empowering.  For example, Michelle Brennan-Jones, in Scotland, says that introduction to ACEs dramatically changed her life, freeing her from a life of alcoholism and leading her to healthier ways of self-regulating her emotions.  Cissy White, in the USA, says it changed “everything” for her.

“This one study did more for me than decades of therapy in helping me understand the impact of post-traumatic stress….For the first time, I understood [trauma] is not just a personal problem.  It’s a social issue….That is a profound shift.”

The value of debate

Creating a richer public vocabulary for emotional experience was never going to be straightforward.  The ACEs debate, even when sharp, is valuable in this regard.  It pushes us to think about that vocabulary.  Is the phrase ‘adverse childhood experiences’ the best terminology?  When should the term ‘trauma’ be used instead?  Should the acronym ACEs be capitalised or not?   Where do terms like ‘attachment’ and ‘adversity’ and ‘relational poverty’ and ‘resilience’ fit in?  Who should have the power to decide the answers to any of these questions?

I recognise that people sometimes retreat, reluctant to engage when the ebb and flow of discussion acquires a tone of animosity or accusation.  That reluctance has certainly been a theme in recent discussions from UK podcasters like Lisa Cherry and Pooky Knightsmith.  However, I personally regard all public debate about childhood suffering as desirable.  That suffering has gone for too long unnoticed.  Debate is better than silence.

Language is always contested, always open to dispute.  The historian Michael Kazin reminds us that “the more important a term is, the more contested its meaning.”   The animated debates around ACEs signal to me that this is an idea whose time has finally come. 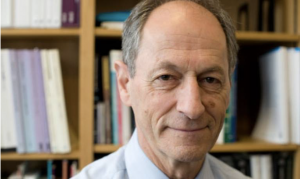 Sir Michael Marmot agrees.  He was the other guest invited to take part in that conversation on poverty, alongside Benjamin Perks.  An esteemed professor of epidemiology, Marmot has spent much of his career trying to get people to think about the social determinants that drive health inequalities.  In short, he has been trying to get people to take seriously Perks’ three burdens.  Marmot is delighted by what he sees happening.

“By golly, do I have reason for hope!  The genie is out of the bottle! People are talking about social determinants of health EVERYWHERE!  People are talking this language ALL OVER THE PLACE!  There is [finally] a recognition that health and wellbeing of the whole population is hugely influenced by what happens in society….There is no going back.”

In other words, back when people weren’t listening, Professor Marmot leaned into his confidence about what the evidence was telling him: supportive communities matter.  He kept trying.  He kept talking.  He invites us to do the same.

One thought on “A politics of care: How the science of ACEs deepens our emotional vocabulary ”