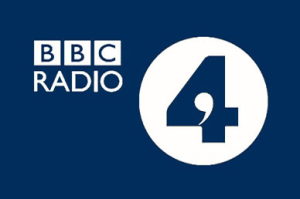 BBC Radio 4 has come up trumps this week. I caught three illustrations of infant connectedness in their programming. I love the fact that this message can pop up in the midst of exploring wider topics. It reminds us how deeply woven into our corporeal fabric is our human need for connection.

The first illustration was Michael McIntyre’s appearance on Desert Island Discs. For anyone who has missed his rise to prominence, Michael has become a leading British comedian, managing to entertain crowds in their thousands with stories of his struggles with parenting, relationships, and simply coming to terms with being himself. Amongst the eight discs he chose was The Logical Song, by Supertramp.

He told the story of hearing this 1970s classic for the first time at the age of 20, and developing an immediate, ‘extraordinary affinity’ to it, so much so that he became a bit obsessed by it. He commented to his mother that he could not explain why he felt so strongly about this song he’d never heard before. And his mother replied: “That’s hilarious, because that’s the song I played nearly every day while I was pregnant with you.”

This is a perfect example of babies’ innate connectedness. Michael is giving a real life example of research done by Peter Hepper, at Queen’s University in Belfast, who showed in a classic 1991 study that newborns recognised the theme tune from the soap opera that their mothers had watched while pregnant with them.[1] The researchers measured the baby’s heart rate at 2 days old. If their mothers had been regularly watching the programme Neighbors, then the babies’ heart rate decreased in response to the theme tune. But they didn’t show such a reaction to other, unfamiliar songs. And, moreover, babies whose mothers hadn’t been Neighbors fans didn’t show this heart-rate response.

So Michael McIntyre’s story is reminding us not only that this innate connectedness exists at birth, but that it remains stashed in our unconscious. This is what I mean when I say: Babies arrive already connected to the world around them.

The second illustration kindly provided by Radio 4 was found in Book of the Week. This week’s book is Hood Rat , by Gavin Knight, which explores “the horrific levels of violence in Glasgow”. The number of murders occurring in Glasgow makes it the most violent city in Western Europe. Hood Rat grabs the reader from the outset by describing the efforts of one Karyn McCluskey, based in Strathclyde Police, to try to reduce Glasgow’s violent claim to fame and misery. Those of you who were at the Scottish Launch, on 25 June in Dundee, will recall that (the very same) Karyn McCluskey was one of our invited speakers.

In a mere 15 minutes a day, this programme is painting a clear picture of the powerful impact that can be made by individuals who harbour conviction and drive. The Scottish Violence Reduction Unit has grown out of the efforts of Karyn McCluskey and her colleague John Carnochan to try develop a radical new way of fighting violence on Glasgow streets – by thinking about babies’ experiences of love.

The Violence Reduction Unit’s efforts are ‘merely’ making real the implications that can be drawn from other research studies. For example, the Dunedin Study has been following the lives of all children born in the New Zealand city of Dunedin in 1972. Amongst the hundreds of scientific publications produced by the research team, based at the University of Otago in New Zealand , are those showing that violent behaviour in adulthood can be predicted at the age of 3 years. Three years old!! At that age, the researchers had identified children they saw as ‘at-risk’, on the basis of, for example, parental harshness, parent-child attachment, parental mental health problems, and child temperament. The analysis of their (by now very large) data sets show that those 3-year-olds who were identified as at risk turned out to be the ones who were more likely, as young adults, to have become involved in assaulting both strangers and family members.[2]

Why, as a society, would we leave children and families to struggle if we can already identify those most at risk at the age of 3 years? This is the radical question that a Scottish police force is now asking: can we fight violence through cuddles, through kindness, through playfulness? Does it seem too simple? Might the solution to ‘hard’, expensive problems really lie in ‘soft’ answers?

That is precisely what my third Radio 4 illustration asked. Woman’s Hour, on 25 July, ran a story on how playfulness in nature can help to fight depression. An NHS scheme in Southhampton is currently prescribing a course in gardening as one means of treating depression. Levels of depression are now estimated to affect one in four people, and depression costs the NHS huge amounts of money. The story of but one interviewee, an IT consultant off work for weeks, illustrates the real life costs of depression.

The inevitable sceptical position was articulated by the interviewer: “Is it legitimate for the NHS to spend money on sending people along to do a bit of gardening? Is it justified to spend cash-strapped budgets in this way?” What they meant was: “Too simple, too illegitimate, too silly. The fun of gardening can’t be a serious solution for a serious problem.” Well, the cost of that treatment programme was stated as £3000, providing a service for 30 people. The budget for the Southampton Trust is apparently £550 million. So that’s £100 quid per person, and, if my calculations are correct, about .000005% of the Trust’s budget. What begins to seem odd is not their decision, but our lingering doubts that such a cheap, lightweight solution could work.

But does it really work? And if so, why?? The answers of the women participating made my point for me: “In the week that we made our own hanging baskets, we were like children in kindergarten, taking our paintings home to our mummies. It sounds twee, but sometimes we need more than chemicals to get us back into a healthy mental state….We’ve had a lot of laughter on this course.”

As humans, we arrive on this earth already connected to the people and the world around us. We need to be able to maintain a sense of that connection if we are to have healthy, happy, productive lives – whether we are 3 months, 3 years, or 73 years.

So well done to Michael McIntrye’s humour, to the Scottish Violence Reduction Unit, and to the Southhampton PCT. Thank you for your wisdom and your prudence. And especially thank you for your courage, in the face of naysayers who believe that hard problems can only be solved through hard, expensive, serious solutions.

The answer to so many of our societal challenges is play, laughter, hanging out together. Maybe it sounds twee (to our jaudiced ears), but the science is telling us it is true. The babies already know that. And they will re-teach it to us adults – if we let them.