I received a flood of responses to that piece. I was told repeatedly that I had made people cry. Good. That means that telling stories about real lives offers us a path back to our humanity.

We need that humanity. It helps us find a way through horrendous situations. A good example is the Oxfordshire Serious Case Review, which has received so much attention in the UK media this week. This is a case of seven men grooming nearly 400 girls over 16 years for sexual exploitation and brutalisation. This is also a case of professional repression.

Here’s part of one story, as told by the mother of one of those brutalized girls, interviewed on on BBC Woman’s Hour this week:

“When things started to go badly wrong, after I had adopted her and she’d been with me about a year, aged 12, I went to social services, and said I’m really concerned…my daughter clearly needs help and support. I was totally amazed. They flatly refused to even talk to me, saying that it was nothing to do with them, because she was adopted from another area…

In the end, they said, with ill-grace, that the only thing we can do is send her to the other end of the country for an assessment. In my desperation, I agreed. Over a period of 8 months, she went to three different children’s homes…She kept going missing…At one point I was combing the streets of London looking for her.

Things had really started going wrong when my daughter started to be excluded from school at a moment’s notice, during that year when she was 12. Before I could get to school to pick her up, she was already on the streets of Oxford, cadging cigarettes from all sorts of undesirables. By the end of Year 8, she was permanently excluded from school and had almost no education at all for the next three years.

My feelings about the police are different than for social services. Almost all of the police we dealt with when I reported her missing, sometimes 3-4 times a week, responded to us as human beings. They were concerned, empathetic. They were completely out of their depth in being able to realise what was going on, but they did try. And once the Review process was underway, the police did apologise.

[But it was different from Social Services.] Neither Social Services nor Education apologised. My daughter had a very arrogant and dismissive letter from the Director of Children’s Services after the trial. It wasn’t an apology, though….

Just before the Review Report came out, two days ago, we did receive a letter from an Assistant Director in Social Services, apologizing for their failures. That might have given us some comfort or satisfaction, if it wasn’t for the fact it was so close to the Review coming out. And the letter was a photocopy. Even the signature was a photocopy. They couldn’t even spare the time to personally sign their letters of apology.”

Refusal to take responsibility for a child in your service area? Police who could manage empathy, but social services who couldn’t? Three children’s homes in eight months for a vulnerable child? Exclusion from school at a moment’s notice? Photocopied letters? Toleration of the knowledge that pre-teens were having sex with adults? Describing children who have been raped as ‘difficult’? I know all those actions sound cold, callous, inexcusable. That’s my point. That’s repression. Harsh indifference is exactly what repression looks like. 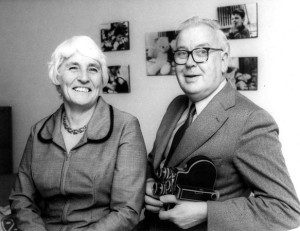 Fifty years ago, James and Joyce Robertson, leading attachment theorists of their day, explained professionals’ emotional distance as repression. The Robertsons began the work by focusing on nurses in children’s wards, but they extended their analysis to all staff who work with children. How could nurses think it would help children to keep parents away for days or weeks at a time? How could residential staff leave babies languishing in their cots for hours a day? To our eyes today, such actions look callous.

Constant distress drains you. It corrupts your ability to feel. You get skilled at defending yourself against overwhelm. The danger is that once you are defended, you unwittingly start inflicting damage on others. Here’s how the Robertsons described the process, in their 1970 lecture:

“In the everyday handling of children…the rank and file [practitioners] develop defensive attitudes to distress and deterioration, similar to those in the higher levels of the professions, pressed upon them by work situations that deny them adequate involvement with the children.”

What if we saw social work scandals like the one in Oxfordshire as arising not from poor staff, but from poor jobs? 21ST century society asks social workers to deal with the mess that we are making of relationships. And there really is a mess. Look at the deep aversion that is being expressed about the ‘horrific events’ in Oxfordshire. When Jane Garvey, of Woman’s Hour, introduced the radio interview I’ve quoted above, she prefaced it with this statement: “I should warn listeners that what this young woman has to say is disturbing.”

Listeners are about to be distressed by hearing a story? But the young women and their families lived that distressing story! We asked social workers and police to step into that story and live it too! Someone said to me afterward about that interview: “It’s just too awful to imagine, isn’t it?” Precisely. A horror too awful to imagine. So we repress the image.

I know that the professional response in Oxfordshire was abysmal, that the care provided was derisive. Terrible damage has been done to those children and their families. The damage will be more than lifelong. It has every chance of becoming inter-generational and affecting relationships with those children’s children.

It is precisely because of such terrible damage that I want to add: social workers and police officers are human beings too. They do not have the luxury of turning off their imaginations, as we listeners do. Their job is to deal directly with the horror. They have to go back to the office. They have to get back in the patrol car. They have to return to visit upset families once again. It is repression that enables professionals to be able to keep doing these things.

Without the luxury of repression, staff would get totally overwhelmed by the horror, the distress, the pain of messy lives. They would stay home and pull the covers over their head. They would go off sick with stress. In fact, they are staying home and going off sick – in record numbers. In some areas of the country, the rate of sick leave for social workers is 3.5 times the national average for all industries.  This has led some commentators to declare there is an ‘epidemic of stress’ underway within social work. Anxiety, depression, and overwork are the major drivers.

If social workers do their job badly, it is because our society unintentionally but callously asks too much of them.

In 1969, James and Joyce Robertson released the latest in their film series about separation and the young child. Entitled John, the film showed the emotional deterioration of a little boy aged 17 months, who had been placed in a residential nursery for a mere nine days, when he had to be separated from his parents. For him though, it wasn’t a ‘mere’ nine days. It was such a traumatic nine days for him that viewers had trouble watching the film. Here’s one of the incidents that the Robertsons recall of the film’s 1969 reception, in their book Separation and the Very Young:

“A university tutor wrote that she would not use the film series again for teaching, because it had been too upsetting for her social work students. [We] replied that if she could not help her students to learn from this piece of reality in the classroom, how would they fare when they entered the field and were exposed to situations which could set up defences?” (p. 92)

The university tutor’s comments are based on the same emotional state as was Jane Garvey’s preface on Woman’s Hour, when she warned listeners that they were about to hear content so disturbing they might want to turn way.

It is ironic: our solution to children’s distress is rather like that of knowing the football scores before you’ve seen the match. “If you don’t want to know, look away now.”   (Yes, that’s a moment of dark humour on my part. Equating children’s brutalisation with a football game. Dark humour saves us from despair.)

So what do we do? Here are Dr. Suzanne Zeedyk’s Top Tips for Dealing with Horror.

(As an aside, if we wanted to exercise more dark humour, or perhaps more curiosity, we could ask how David Cameron’s childhood experience of being sent away to boarding school at the age of 7 years might be shaping the way he is dealing with the Oxfordshire Case Review. George Monbiot is currently describing such childhoods as ‘privileged abandonment’. Bravely, outrageously, he describes boarding school as the ordinary abuse unwittingly inflicted on upper class kids by their parents. George Monbiot speaks from personal experience. His childhood was spent in boarding school.

When we sit beside someone in the midst of their pain, it nurtures trust. Trust is not just a state of mind, but is also a state of the body. Trust creates a physiological transformation, boosting hormones like oxytocin. Yes, the ‘Cuddle Chemical’ oxytocin helps us cope with horror! In fact, we begin to realise that often the thing that most needs to be DONE is to offer more cuddles.

It comes from a retired social worker. He recalled that when he was a social worker in the 1970s, if you’d been out dealing with a terrible situation for a family, you could come back to your desk. The desk was a safe haven, covered in photographs of your own family and stacks of paperwork that, because they were ordered, gave a sense of order to your workload. You could sit with your head in your hands while colleagues on your team offered to make a cup of coffee. Together, you could sit down and talk about what might be done for that family.

Unfortunately, he said, that’s not the working situation for social workers today. Many teams ‘hot desk’, meaning you have no photos and no ordered piles of paper and nowhere safe to come back to after you’ve been out dealing with horror. And in an office where there is hot-desking, there may well be no colleagues and no cuppas, because the point of hot-desking is that teams don’t have a permanent base to work from.

How very ironic. We will threaten to give social workers a prison cell but we won’t give them their own desk.