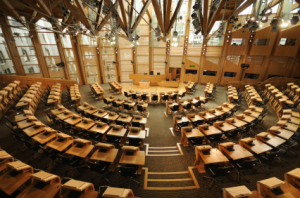 In a couple of weeks time (24 August), I will be returning to take part in discussions being held by the Finance Committee of the Scottish Parliament, during the latest phase of their Preventative Spending Enquiry. This process, which began last year, is allowing the Committee to explore ways in which investment in the early years might enable them to simultaneously save money and help to tackle some of the societal challenges facing us in Scotland.

This invitation, which arrived some weeks ago, has gained added impetus for me over the last several days as we all follow reports of the riots taking place in so many cities in England. This feeling was further strengthened by the Opinion Piece published in The Independent by Camila Batmanghelidjh, Director of Kids Company, a charity that works with so many of London’s traumatised young people: Camila Batmanghelidjh: Caring costs – but so do riots (Independent, 9 August 2011)

It’s a repeated humiliation, being continuously dispossessed in a society rich with possession. Young, intelligent citizens of the ghetto seek an explanation for why they are at the receiving end of bleak Britain, condemned to a darkness where their humanity is not even valued enough to be helped. It costs money to care. But it also costs money to clear up riots, savagery and antisocial behaviour. I leave it to you to do the financial and moral sums.

In preparation for my contribution to the Finance Committee’s discussions, I was asked to prepare a Briefing Note. I thought it fitting that this week’s blog give some extracts from that Note. If you would like to read the full 3 pages, feel free to email me for a copy, on: info@suzannezeedyk.com.

When it comes to raising children, the following phrases are frequently trotted out:

Love is all you need.

Give me the child ‘til he is 7 and I will give you the man.

As I write this Briefing Note, such phrases are being bandied about all the media sources, as the UK debates the cause of recent riots, initiated by ‘excluded youth’, for reasons that many of us can’t quite get our heads around. Those riots are costing us tremendous sums (today’s estimate being £200 million), as we pay for police, use up court time and anticipate the need for extra places in prison, lock up shops early, and lose tourist bookings.

Neuroscience is helping us to understand that there is something real in those phrases and in that sense of exclusion. It is helping us to see that babies grow up to respect other people, to respect their community, to respect themselves, because they first experienced receiving respect from others. The way you are loved as a baby shapes your brain and your physiology, and your later ability to relate to other people.

In short, the way you are loved tells you whether or not you matter. When the adults around you coo with you, talk to you, look where you point, imitate your gestures, stop tickling you when you get overwhelmed, comfort you when you cry, giggle at your antics – then you know that your needs and feelings and thoughts and interests will be met. Such actions are often regarded as babyish, unimportant, merely cute. But they are not. They are the actions that teach your brain that you matter; they give you self-worth and self-competence. You become part of a family, part of a community, because you know that you matter to other people. And on that basis, other people come to matter to you. You build a brain that enables you to take care of yourself and others; it lets you build healthy, functioning relationships. It keeps you from stabbing other people, stops you punching them, lets you deal with your irritation in some way other than shouting sharply at them, lets you apologise, lets you act empathically and take other people’s needs as seriously as you take your own.

If parents are too stressed, too distracted by worries or by technology, too tired, too lost in drink or drugs, then they naturally find it hard to tune into their baby’s cues. (This is not only obvious; it is what the psychological sciences have been repeatedly demonstrating through detailed studies.) And if parents didn’t have emotionally attuned responses from their own parents, then it is even harder to tune in. And, to top it all off, if parents live in a society where there isn’t a lot of time available for just hanging out with your baby, where you don’t have a strong support network to help you through the difficult, boring bits of parenting, and where you risk frequent judgement from others as a ‘bad parent’, then it gets even harder to tune in.

So, in terms of preventive spending, what does the Scottish Parliament need to spend our money on? My answer is: initiatives and programmes that do three things.

When early intervention moved onto the agenda of a governmental Finance Committee, we were taking a more radical step than we perhaps realised. We were putting the emotional needs of children onto a governmental agenda. If we can keep those needs in the forefront of our thinking, using the neurological and psychological sciences to inform our thinking, then we stand a real chance creating the lasting societal change we are seeking.

However, if we fail to achieve that long-term change, then all of the efforts we have been investing in this Parliamentary process will have been wasted. There is no sense in inventing yet more sticking plasters, as we have been doing for years. The statistics show that Scotland remains one of the most violent, unhealthiest countries inEurope. The case for Early Years as a solution is now made, in terms of the science, the economics, and the morals. Happiness has, quite literally, been shown to be cheaper than unhappiness.

Scotland is making great strides in taking on board the message of the Early Years Movement. If we cannot now, at this juncture, achieve the change we are seeking, it will not be due to a lack of empirical evidence. It will be due to a lack of commitment to our own welfare. Let’s just do it. Please.