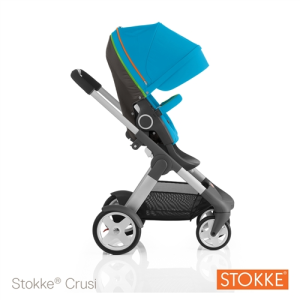 It has been fascinating to see what’s happened since Monday, when Stokke announced its new range of Connection Strollers.   Although it is rather soon to have another (long) blog post from me, I thought it valuable to write a follow up, because so many of you have written to me this week.

My emails contained a range of feelings:

relief : “Its great that the buggy companies are finally listening,”

doubt:  “Is there enough evidence to make claims about the importance of stroller design?”

worry: “So are strollers likely to become yet another arena where parents are pressured and blamed?”

excitement:  “I think this video will be useful even with the staff in our family centres.”

Moreover, 5300 people have viewed the Smiling Faces film on Stokke’s home page, in addition to the 24,000 who viewed the trailer of the film in the last 3 weeks.   Another 2,200 have this week viewed the film explaining the science behind Stokke’s thinking.  This means that somewhere in the region of 30,000 consumers have, by the end of this week, absorbed some key insights of contemporary infant psychology.  Amazing.

What are those insights?  The central one is that infants come into the world already connected to other people, with brains that are tuned to the rhythms of emotional exchanges. Within the scientific literature, this insight is captured in phenomena that have rather serious sounding titles, such as ‘mutual affective regulation’, ‘joint attention’, ‘attunement’, ‘communicative musicality’, ‘social referencing’, ‘intersubjectivity’, and ‘attachment’.  My current favourite phrase for capturing this idea is the one used by Scottish Minister for Children and Young People, Aileen Campbell, MSP, in her speech at the recent launch of the National Parenting Strategy for Scotland, when she described babies as arriving ‘relationship ready’.

This is the core message that I am seeking, along with others, to disseminate to the public: that babies arrive already connected.  Human beings are born with brains attuned to the rhythms and emotions and movements of other people, and the development of babies’ brains is shaped by the way that other people treat them.

The public interest in this message has gained pace.  The science is being understood by a wide range of sectors across our societies:  education, nursery, police, social work, musicians, theatre, health, economists, business, politicians, and parents.  An Early Years Movement is definitely building.  However, one of the sectors that tends yet to be missing within this Movement is that relating to infant products.  Babies across the world are now transported in products including strollers, car seats, infant carriers, and slings.  We also place babies in (or on) furniture such as high chairs, cots, playpens, and changing tables.  We have done a lot of thinking about regulating these products’ impact on infant physical safety, but we have thought less about their impact on ‘emotional safety’.  I think this gap remains because many of us just haven’t realised that ‘emotional safety’ could be an issue related to infant furniture, mobile or otherwise.

Some people may think it silly, even outlandish, to suggest that the design of a stroller or high chair or changing table could have an impact on a baby’s psychological functioning, let alone their brain development.  I can fully understand such a reaction.  Yet that is what I am suggesting.  The way that infant products are designed, and are used by families and daycare nurseries, shape the way that we adults relate to our babies.  Thus, products play a role in shaping our babies’ emotional development.

In fact, products are often designed with the intended aim of shaping relationships, even if that intention is an unconscious or culturally-framed one.  For example, strollers are designed to face either toward a pusher or away from a pusher, or to provide an easy option for both.  Slings are purposely designed to keep the baby close.  Free standing cots are designed to get babies to sleep alone; bedside cots are designed to facilitate co-sleeping.  High chairs with detachable tables encourage engagement of individual parent-child pairs; Tripp Trapp chairs (manufactured by Stokke) are designed to bring the child to the table with the whole family.  This of course assumes that you have a table in your home to bring the baby to, which many people no longer do, given the reported drop in family mealtimes in some countries.

All infant products become ‘settings’ within which relationships are played out.   So, given how much we now know about the long-term importance of babies’ relationships, it behooves us to begin thinking more deeply about the design of infant products.  As I said earlier, one of the sectors that remains largely absent from the Early Years Movement is the infant products industry.

Although the scientific findings that I disseminate to the public are often not new – many of the psychological studies I talk about are 20 and 30 years old – it is only recently that we have begun to think more seriously about the implications of this work.  This change has occurred, I think, because of the neuroscience that is now available, which reveals just how rapidly brains develop between conception and 3 years of age.

It is my view that manufacturers and retailers of infant products have a responsibility to the families they serve to get to grips with early years science.  I would go so far as to say they have a moral responsibility to do so.  The products they sell us are shaping the neural and psychological development of our children.

Often the focus in advertising of infant products is on functionality and fashion.  This is not to say that functionality and fashion are unimportant.  When you are out with your baby, you want to feel proud and to know that your kit looks good.  You also want to be able to fold the stroller up easily when it is time to get in the car or on the bus, especially if you now have the baby on your hip and perhaps an active toddler running about the place.  I am simply saying that we now know that these are not the only features that we need to be thinking about.  Parents need to be sure that manufacturers are doing all they can to facilitate the long-term emotional health of babies.

That is why I chose to include Stokke amongst the partners with whom I work.  I appreciate Stokke’s courage in thinking through what these scientific insights mean for the products they design and for the way that they communicate this information to the public.  I like the fact that, judging from my emails this week, their new videos are being viewed by some as educational tools, not simply as marketing tools.

And for those of you who ask ‘where is the evidence?’, know that I agree with you.  We need much more research on the psychological impact of strollers, carriers, car seats, and slings (as well as high chairs, changing tables, and all the rest).  Interestingly, it is slings that have to date received the most scientific attention in this regard.  There is virtually nothing available on the other products.  I think that parents and retailers deserve such information.  So do all the rest of us, because one of the points of the Early Years Movement is that it takes a village to raise a child.  The way that children are raised by ‘other’ parents matters, because those children grow into adults who live with us in our communities.

Ultimately, though, even as interesting as I think the findings of product-focused research studies would be, we do not need to conduct them before we can begin to take action.  We already have plenty of scientific evidence telling us about the importance of early relationships for babies’ development.  It is precisely this understanding of the existing science of connection that is fuelling such excitement about the wider Early Years Movement.

What we need to do now is be sure that the infant products industry, including manufacturers and retailers, sign themselves up to that Movement.  We all need to get curious about how our babies experience the devices we buy for them.

One thought on “30,000 consumers learn about babies’ emotions”