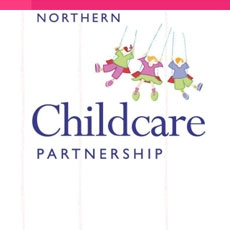 This last week saw me on a wee tour of Northern Ireland, with speaking events taking place in Belfast, Derry, Omagh and Balymena. I am always deeply touched by the warm welcome I receive when in Northern Ireland – and impressed by the level of enthusiasm for the Early Years Movement. All the events drew an audience of between 100 and 200, and were chaired by individuals with significant strategic authority and vision. There is no doubt in my mind that Northern Ireland is trying to drive forward an agenda of real change.

What I want to focus on in this blog post is the discussions we had at the Balymena event, on 24th February. This event was the annual conference for childcare and early years staff, hosted by the Northern Childcare Partnership. The conference title was ‘Childcare = Cuddles’, chosen by the organizing committee as a way of highlighting the importance of touch for children’s emotional, mental and physical health and happiness. It was a radical choice of titles.

How can a conference on cuddles be radical? It sounds a cute and charming choice, cuddles. But it’s not. Cuddles involve touch, and touch is something that scares us these days. We are all familiar with the unending string of media stories of adults who have ‘touched children inappropriately’. Our wish to protect children from such trauma, to make sure that we keep them safe, has led us to become wary of adult touch.

I hear stories all the time from childcare staff who have been told by managers or social workers or care officers to ‘be cautious, be careful, be aware of risk’. Many settings have policies that children should ‘only’ be cuddled when they explicitly request it, that children should always sit beside a staff member and never on their knee, that if they have to sit on a lap then a pillow should be placed between the adult and the child, and that two members of staff should attend whenever nappies are being changed or toileting is being undertaken. It is not too strong to say that we adults have come to fear children — and so we will therefore be teaching children, in our distanced responses to them, that there is something to be feared in us adults.

The Christmas photos that I recently saw posted on the wall of a Scottish nursery seem to speak, ironically, to this fear. Every child was photographed receiving a gift from Santa. All the children – even the very youngest – were resolutely photographed sitting next to Santa, no longer on his lap, as in days of yore. It was apparently irrelevant that, in real life, Santa was one of the trusted male staff who works with and cares for and touches those same children every day. The pictures said to me that even the idea of Santa is now a site of fear. Old man that he is, Santa no longer symbolizes for us adults the innocence of a childhood belief in magic, but, rather, a place of possible danger. Santa Clause as a health and safety risk. Times have changed.

These last sentences make me suck in my breath. Can that be true? Surely it is an overstatement, a bit of hyperbole, to suggest that we are scared of children, scared of the idea of Santa Clause because he is a man? Yet our discussions, in the workshops of Friday’s conference, lead me to believe this is not too strong a statement. A number of staff spoke of having to repress their impulse to comfort children who have fallen over and hurt themselves, in case this was regarded as ‘inappropriate’. Another said that she openly cuddled in her current setting, but that she had left two other jobs because her effusiveness was quietly frowned on in those settings. One man attending the sessions said that, as a man, he has become reluctant even to cuddle his own niece and nephew. One attendee said that she thought this shouldn’t be classified as a matter of ‘child protection’, but we should be honest with ourselves and regard it as an ‘adult protection’ issue.

Her point is well made. We adults have become very worried about the risk of accusations of inappropriate touch. We wish, understandably, to protect ourselves from that risk. The trouble is that, in our current muddled solution, we may be asking our children to pay prices we had not realized. The science makes very clear that touch is immensely important for human happiness. It boosts hormones such as oxytocin (which lies at the heart of empathy); it relaxes muscles (which facilitates immune function); it communicates a sense of emotional safety (which strengthens the capacity for self-regulation). Humans are primates. Primates spend lots of time grooming one another. To deprive our children of touch, especially at moments when they need emotional reassurance, is to undermine healthy development.

So, when the Northern Childcare Partnership chose a title that openly declared their commitment to promoting touch, they were stepping into a politically charged arena. I don’t know that they had originally intended it as a political declaration. What I admired was that, once our discussions had taken us into this zone of uncomfortable debate, they weren’t for easing off. We found ourselves afterwards contemplating, over an end-of-day cuppa, how we might get the word out more widely about the ‘science of touch’.

We need to be sure that our adult fears are not unwittingly leading us to sacrifice our children’s emotional needs. These days, children can easily spend up to ten hours a day in professional childcare settings, during the stage of life in which their brains are developing more quickly than they ever will again. Children need to know without doubt that they can turn to the adults around them for physical and emotional support. Staff need to know they are free and welcome to give that support. Parents need to know that is as physiologically important for children to have access to cuddles as it is to have access to fresh fruit.

It is not only Northern Ireland that is conflicted about touch. I have heard these same stories from staff in a number of Western countries. There is a trend going on that we really really need to reflect on, as part of the global Early Years Movement. In fact, I found myself thinking that Northern Ireland might be particularly well placed to lead us in that process of reflection. The people of Northern Ireland have considerable experience of fighting fear, of overcoming conflict.

Does it seem too big, or too tenuous, or too presumptuous a leap to equate the Peace Movement and the Early Years Movement? Somehow, this week, it didn’t feel like it. The two felt integrally linked to me, having spent time in the presence of over 1000 Northern Ireland professionals, who were trying hard to think through how we help communities and families to recover from and avoid future trauma. The two movements felt intermingled. If Northern Ireland can draw on what it has learned from its past about how to fight fear, then it can perhaps help the rest of us to learn how to fight this fear of touch that has crept insidiously into our societal relationship with our children.

The Derry event, on Tuesday, sponsored by the Western Health and Social Care Trust was held in a venue that overlooks the PeaceBridge, built in 2011 over the River Foyle that flows through the middle of (London)Derry. I found myself wondering what a Cuddle March taking place across that structure would look like, what it would feel like, what it would signal politically. A march for cuddles – too presumptuous, too silly, too radical?

The news stories that covered the opening of the Peace Bridge emphasized the ‘600 school children from all faiths who sang a specially commissioned song as the bridge was officially declared open’. The Deputy First Minister said in his speech that it would be a catalyst for change in the city. Children and change at the heart of the celebrations. So I wonder again: a march for cuddles – too presumptuous, too silly, too radical?